Sunlight is considered one of the most important aspects to most living creatures – in one way or another. It provides a chemical process within the body in providing Vitamin D3 through UVB, which allows the use of calcium for healthy bones, neurological processes and egg production. It equally provides (from the visible colour spectrum) a feeling of well being, a state of mind if you like, that benefits many species. It is, however, only starting to become understood, we are on a long path of discovery – both in our understanding and our provision of artificial sunlight.

There are some species that have been successfully kept for many generations without sunlight, or man made sunlight. Species such as leopard geckos and Corn snakes are a prime example that it is difficult to argue ‘need’ artificial lighting. Is it beneficial? Some view it as such, others view it as detrimental.

Diurnal is any species active during daylight hours – we added the term basking to stress the importance of the suns rays to these species. A good example of basking diurnal is a Bearded Dragon, others would include Uromastyx, Green lizards, Wall lizards, Chuckwallas and many others.

In the wild these species (depending on season) tend to be active (feeding, basking, mating etc) in the warmer and brighter times of the day. They will bask long enough to absorb enough heat to go about their daily life; once they cool they will bask for a while again. During this cycle they are more or less constantly receiving the suns rays – including those that provide the UVB so that calcium can be utilised in the diet. For this reason it is critical to provide not only a basking heater, but also a good quality (reptile safe) source of UVB and full spectrum light.

There are many ways of providing light in the vivarium for these species. One of the commonest is the incandescent and halogen bulb. These provide no usable UVB output at all and are not to be used solely without an additional source of UVB and Full spectrum light. Some keepers like to use these lights for basking heaters as they think reptiles are attracted to the light to bask. However, their illuminance is so low it equates to the equivalent of shade in the wild, so it is not bright enough to attract reptiles – it is the heat that is attracting them. A dimming thermostat must be used to control the heat output; otherwise a disco effect will be created. This creates an even duller light output once up to temperature. They are very short lived; many bulbs will ‘pop’ in a matter of days’ at most weeks.

Other useful reptile “bulb shaped” lights are mercury vapour and metal halide. However, their use is rather limited as they cannot be connected to a thermostat to control the heat output. Both are useful in their UVB output, don’t provide massive levels of heat and are best utilised in bigger vivaria – or even open topped vivaria (see housing section). The metal halide is particularly useful in providing high levels of illuminance, as high as nearly 150,000. However, this has been noted as concentrated in a very small beam and can almost compete with the sun.

LED lights are now very useful for daytime lighting, especially in natural bio-active terrarium where they are often beneficial to plants. Currently there are no LED UVB lights (as of May 2017) – species requiring UVB in planted terraria will need a supplementary light source.

A final choice is the compact bulbs, which are available in various percentages. However, we are not able to entirely recommend these bulbs.

A misunderstood group of animals, not to be confused with crepuscular animals (see below), are a very differently behaving animal than most people think. The common miscomprehension is that they are only active at night, when they are actually often active throughout the daylight hours too. This can be seasonal (the cooler months not allowing night time activity) and can be regional. However, it is fair to say that many species traditionally not given UVB in captivity will certainly have some benefit by doing so. Many species such as Crested geckos, House geckos and Tokay geckos can be seen basking in direct sunshine in the wild – at varying times of the day. They are also often in receipt of dappled and indirect sunlight during the day too. 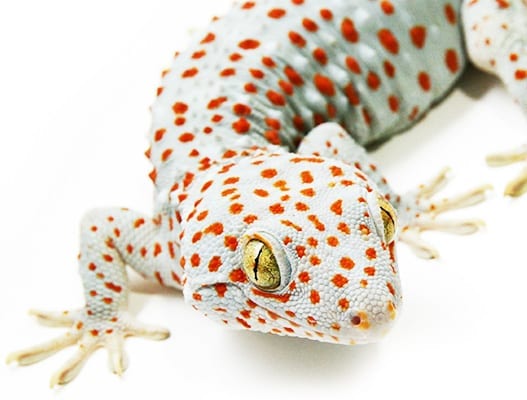 Some keepers prefer to regard crepuscular species (which means active at sun set and sun rise) as cathermal. This term means that they will bask if the conditions dictate. There may be some truth to this view point, but it is a very new embryonic thought process, and it is questionable to apply this concept to all species previously described as crepuscular. From my own experience in the wild, completing fieldwork, I would say that cathermal could easily become the next over used term and a convenient dumping ground for all nocturnal / crepuscular species. For example, I agree Corn snakes are cathermal – I have seen this in the wild. Leopard geckos, are probably best kept described as crepuscular – I have seen this with similar species in the wild that fill the same ecological niche. Their terrain is too harsh to risk being active or exposed during sunlight hours.

Those believing this concept provide UVB light in the vivarium – usually in the 5-6{cb5d0a8cf0c44aef2db327d9ab0dba08dd09aed1126b509e5fa01d3aaa87fe47} power range (usually T8 fluorescent tubes). Keep in mind that if you do provide this lighting that it is important to provide many hides with a varying range of depth, humidity holding and darkness. Especially for the commonly kept Leopard gecko, the literature available and my own fieldwork suggest caution when providing a potentially unnatural condition – i.e. bright lighting. Please refer to our care guide on the Leopard gecko for more information.

The modern hobby has kept this group without UVB lighting for many years, and several generations, with very few documented health problems. It is debatable that providing UVB will have a benefit to some of these species, and equally debatable that it may add a significant stress trigger to their environment. Proceed with caution with many species in this group – we will spend time with you discussing and advising on this topic, and an educated decision can be made from there.