Whilst visiting the area, I thought I’d have a look at the aquarium in the historic old port of Genoa, Italy. The area has been developed into a series of attractions, and also includes a Biosphere and a Maritime museum. The aquarium itself boasts it is the largest aquarium in Europe and was opened in 1992 as part of celebrations of Christopher Columbus finding the New World – the whole area is very proud of their connection with Columbus. 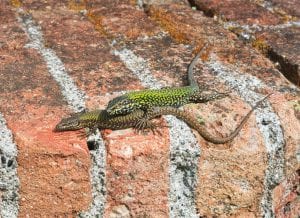 For the marine and freshwater vertebrate / invertebrate lover, the aquarium boasts 33,000 square feet of large and small aquaria. Larger species includes manatees, various sharks, dolphins, turtles and Rays. There is a vast array of smaller aquaria with seahorses, fish, jellyfish, crabs and various others. 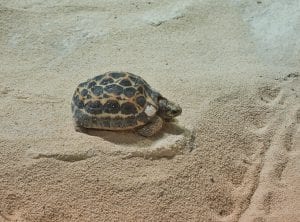 The reptile and amphibian enthusiasts are also catered for, with a large focus on Madagascar. I was pleased to see a large breeding effort for the Spider tortoise (Pyxis arachnoides), a small endangered species found in Mikea Spiny Forest areas in the north of the island of Madagascar. This species has become endangered due to mainly habitat loss and also smuggling – the main culprits not being the pet industry but the food industry (the liver in particular is in demand). Other chelonia include a group of the locally occurring European Pond Tortoise (Emys orbicularis) African Spurred tortoises (Centrochelys sulcata) and Leopard tortoises (Stigmochelys pardalis). Back to Madagascar there are several species of Iguanid lizards (Oplurus spp) and some lovely planted terraria with various Mantella frogs including the critically endangered Golden Mantella (Mantella 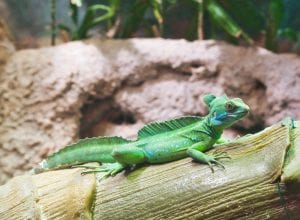 aurantiaca). This species has now only two or three naturally occurring populations due to anthropogenic habitat loss. This species is also held at the aquarium as part of a breeding programme. Other exhibits include Plumed Basilisks (Basiliscus plumifrons)  and Green Iguanas (Iguana iguana).

I enjoyed my visit to the aquarium, and also to the general area of Liguria, Northern Italy. There is a large amount of naturally occurring reptiles and amphibians, however due to bad weather, and a short stay I only found the beautiful Italian Wall lizard (Podarcis muralis maculiventris). 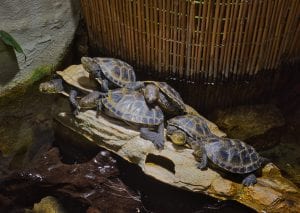