During the winter months it can be difficult for the keeper of lizards, frogs, spiders and other livefood eaters. Just keeping the locusts, crickest, waxworms, mealworms etc alive and nutritional can be quite a challenge.

It has to be said the cold weather isn’t livefood friendly. The best option is to collect your livefood from your local store. You can inspect it before purchase to ensure the livefood is good quality – but that’s not the main reason. Ultimately at this time of the year a period of a couple of days in the postal service will not be very helpful at all in keeping your livefood in good condition – or 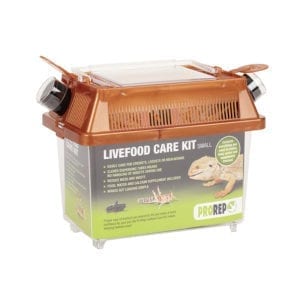 even alive. Most mail order livefood suppliers, like ourselves, will pack with extra layers to insulate the insects from the cold. But this can only help so much. Some customers suggest packing portable heat packs in the packages, but these are too powerful for the average small amount of tubs ordered. The heat will over-power the contain insects and kill them. So, either way it’s easy to see that collecting from your local shop is far superior. Just remember to get them home as quickly as possible – going shopping and leaving the livefood in the car for a couple of hours in the freezing temperatures will almost certainly kill most livefood. Aim to pick your livefood up as your last job on the way home. Keep the car temperature at a comfortable temperature for yourself 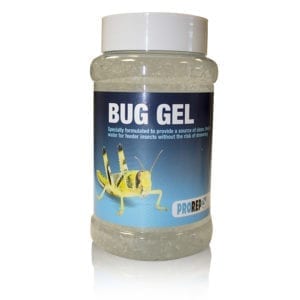 – don’t heat shock them by blasting hot air from the cars ducts.

Once home allow the insects temperature to adjust slowly. The worst thing you can do is to think the poor little things will be cold and put them in the hot vivarium or on top of a heat mat (or similar). The thermal shock of the sudden change in temperature will kill many off, and leave the remaining ones weaker. Just allow the tubs of livefood to adjust to room temperature slowly 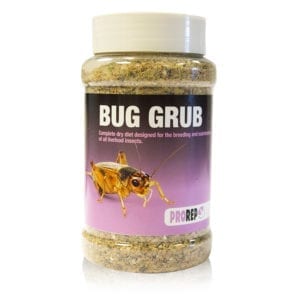 (ideally around 17-20C). Should you have a batch of cold chilled livefood, either from being in the post or inadvertently left in the cold they will look dead. However, this lifeless state can be deceiving and some may revive if treated correctly. Spread them out in a large escape proof tank, at room temperature. This is the only way to attempt reviving them, if you just keep them in the tub and apply heat they will die. After a couple of hours remove any that have not revived, the dead ones will decay causing a wet environment which creates a chain reaction killing all the livefood.

We highly recommend keeping your livefood in well ventilated tanks rather than the tubs they come in. There are specialist tanks, often referred to as Cricket Keepers, from most of the major manufacturers. These have a well ventilated lid, and most have a simple tube system that allows the crickets to hide and be easily transferred from the tank to the vivarium when it’s time for them to become somebodies tea. Most keepers provide extra hiding by using scrumpled newspaper or egg cartons. Feed the livefood with a food of your choice, this varies from person to person – some swear by fish food, others prefer a commercially available insect food (which has an added bonus of passing nutrition to their lizard / frog / spider). For most livefood do not offer food that creates lots of moisture – keep them dry otherwise higher death rates occur. The exception is locusts that need the addition of green leaves. Many keepers prefer to offer a commercially available water gel to keep their crickets as dry as possible but allowing drinking. Livefood kept in a well ventilated tank, with the correct food and humidity level should last quite a few days, even in the winter.

Buy your livefood locally! You have total control of the quality with the added bonus of it generally costing less and arriving when you want it to!