As a seller of thousands of livefood insects we occasionally hear people making comments about shorter lifespan and dead on arrival livefood insects. Much of this is common sense, and some of it is totally out of everybodys’ control. For example whilst in transit conditions can easily kill or shorten the lifespan of livefood. 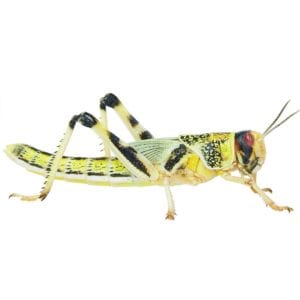 Temperature problems are the biggest killer of livefoods – it’s that simple. In the winter it gets too cold, and in the summer it can get too hot. The easiest months are spring and autumn! When we pack a tub of livefood in the winter we pack with extra insulation (no heat packs as the tub gets too warm and the livefood is killed). However, in the summer we cannot do this to insulate the heat out – this would create even more heat in the tub as the friction heat caused by the moving insects cannot escape. Combine the friction heat, enclosed parcel and a slightly dopey postman placing the box in full sunlight, in a van on a hots summer day, or near the vans exhaust outlet, it’s easy to see the perils of shipping livefood in the summer. In the winter if a parcel of crickets gets too cold the will often arrive looking dead, just warm them up slowly, at room temperature and most will revive. However in the summer once they have been heat shocked they will not revive well, and of course if the temperature rises above the lethal ceiling 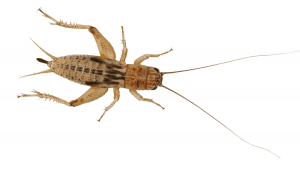 they will be dead – often stinking when they arrive.

Our biggest advice, even though it would reduce our summer mail order sales, is to buy livefood locally rather than mail order. You will have total control over the temperature – just make sure you don’t leave them in the car (even on just a warm summers day), like dogs they will quickly perish. Once home rehouse them in a larger tank, with lots of ventilation with scrumpled newspaper or old egg cartons. Friction heat, generated by the livefood moving alongside each other is then minimalised.  Keep the livefood at around 15-20C, generally speaking – in a hot summers day that’s the coolest part of the house (but not your fridge, that’s too cold). Feed the livefood with ProReps Bug Grub and Bug Gel (or similar), perhaps add a small amount of lettuce leaves with locusts, but this is the same advice as the winter.

We hope this helps, and spare a thought for your local shop, or your mail order supplier having to deal with these issues throughout the summer (and of course the cold temperature problems in the winter). Its certainly not an easy job 😊 but we get it right 99% of the time.