When I first started to keep reptiles and amphibians wild caught was the norm. Very, very few instances of breeding these animals in captivity meant that the pet trade relied on collections of snakes, lizards, tortoises, frogs and other exotic species from the wild. No doubt there were several animal welfare issues, and certainly there were cases of over collecting – but how relevant is this in todays industry? 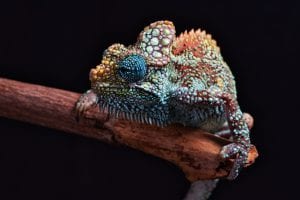 Very few animals in the UK trade, probably as little as a third of all exotic animals are now sourced from the wild – the colour morph side of the hobby now dictates massive amounts of Bearded Dragons, Royal pythons, Corn snakes and Leopard geckos are now more commonly kept. The amount of keepers wanting the more unusual species has become less and less – so demand for wild caught has lessened. For the wild caught still traded there is the CITES regulations, this controls the trade in all animal species and dictates the quotas allowed to be collected, and of course with regards to animal welfare legislation now dictates much, much better conditions for transporting and holding any animals (wild or captive bred). I personally feel the regulations and legislation in place has now improved so greatly there is little concern regarding over collecting, nor animals welfare. This is a very general statement, things can and do go wrong – there will always be genuine mistakes and of course disastrous dodgy dealers and individuals. But on the whole it is something that, in the cold light of day, is no longer something the trade should be ashamed of. The World Wildlife Fund (WWF) recognises the benefit of sustainable trade in animals for their conservation, and also to protect their habitats. The Rio Biodiversity Convention, of which most of the worlds countries abides by, also encourages sustainable “harvesting” of natural resources to protect species of flora and fauna and the habitats they occur. It’s a very complex topic, deserving of further reading and investigation, there is lots read by Googling, and I would firmly suggest research before simply deciding it’s “cruel” and of no purpose – its far from it. 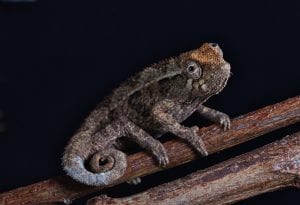 As for the other often voiced concern regarding wild caught animals – the health aspects. It is often quoted that wild animals will have parasites, and whilst that is true, they are easy to treat and eliminate – both external and internal. Further treatment for dehydration will also help them settle and adjust into captivity quickly. Most wild caught exotics, if treated correctly are easy to maintain and have a happy successful life in captive conditions. However, when comparing the possible health concerns to captive bred animals, when untreatable diseases such as IBD, Arena viruses and almost impossible to treat such as Cryptosporidia (rarely found in wild reptiles) are regularly reported – I feel safer with wild caught than captive bred.

This is far too short an article on the whole topic, but designed to at least set people along a path of discovery. Wild caught reptiles are good for conservation. Wild caught reptiles provide interesting species for naturally planted terraria. Wild caught reptiles can exhibit easily treated ailments, unlike captive bred. There is the moral quandary knowing you have taken the freedom from an animal, but the same happened to the ancestors of the captive bred animals, so that stance can be viewed as a little hypocritical. Personally I’d hate to dictate what future keepers have access to keep, if someone hadn’t collected wild Royal pythons we wouldn’t have that side of the hobby as an example. And lastly, the Crested gecko success story, a species thought to be extinct in the wild is now in the top five of commonly bred and kept reptile pet species – what a success story. Have a dig around, have a think – it’s a huge topic 😉